Abraham Benjamin de Villiers is a well-known South African cricketer born on 17th February 1984. He has become the ICC ODI player of the year three times during his entire international cricket career. Villars was also one of the five Wisden cricketers of the decade in 2019 and began his cricket career as a wicket-keeper and batsman. As a batsman, he has a record of batting at various positions, but predominantly in the middle order.

The fantasy cricket world considers him one of the most innovative and destructive players in the modern era. In fantasy cricket matches, the participants create their virtual teams. This team is based on the players from the two teams playing the live match where you get points based on the performances of the players on the field. With his destructive batting style, no wonder he is a favorite among most players.

He played his first Test cricket match against England, and his debut in the T20 international cricket tournament came in 2006. Abraham played his debut one-day international game in 2005, and he has a record of scoring more than 8000 runs in Test and ODI matches together. He has a batting average of over fifty in all game forms, and we can consider him an attacking player in limited-overs cricket.

In all three formats, De Villiers was the South African cricket team captain and had an outstanding record for the fastest ODI century in just 31 balls. After that, however, he stepped down from Test captaincy because of his injuries. Although he announced his retirement from international cricket in May 2018, he expressed his interest in playing in the T20 world cup 2020. But on 19th November 2021, Villiers announced his retirement from all forms of cricket.

Contribution To The Domestic Cricket:

In its inaugural season, he joined the Indian Premier League and became one of the most successful batsmen in all the IPL seasons. After that, he played for Delhi Daredevils and moved to Royal Challengers Bangalore in the IPL’s fourth season. De Villiers played more than 150 matches in the league and made three out of his four T20 centuries in the IPL. Some of the other franchise T20 cricket where he played are Barbados Tridents, Rangpur Riders, Brisbane Heat, Lahore Qalandars, and Tshwane Spartans.

Contribution To The International Cricket:

He made his international Test cricket debut against England on 16th December 2004 and made a strong impression in the cricket world for opening the batting. De Villiers performed well in the Caribbean tournament helping South Africa to win the test match. But in the 2005 Australian cricket tournament, his performance was not satisfactory. He also had a reputation as a brilliant fielder and led people to further compare him to Jonty Rhodes, another finest fielder of this time.

They also select AB De Villiers when they form their team with the help of virtual currency. Cricket lovers sometimes call him “Mr. 360” because he can play cricket matches all around the wicket. He was an attacking batsman in all the T20 games and was known as “Superman” due to his fielding style.

Things you need to know about slots

How to Play the Free Lottery Online

Things you need to know about slots

How to Play the Free Lottery Online

What is blockchain in development?

Slot Casino games are good to play for new players 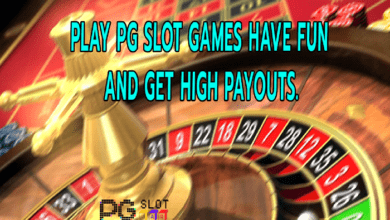 Play PG SLOT games, have fun and get high payouts.